Where is The Hanged Man's Curse??? Update

For months, I have been trying to reach the elusive and perplexing band, I have recently received an e-mail that they are almost complete with another demo. This is precisely why I decided to manage, The Hanged Man's Curse. They are unique to me. I've only seen their front man's face once, in a dimly lit room . I have felt some sort of closeness to them ever since. They  have requested that I look into deleting their online, youtube, content in the near future, so get it while you can. I do still have plenty of cassettes available, but they have also requested that those get disposed of as well.The last posted, item of course was their song, Prepare a Coffin, The Hanged Man is Near, which can still be found on Youtube. 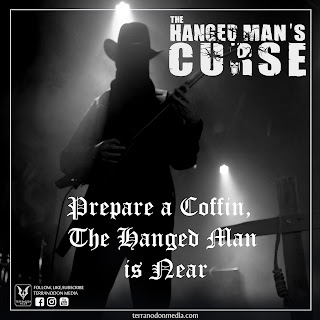 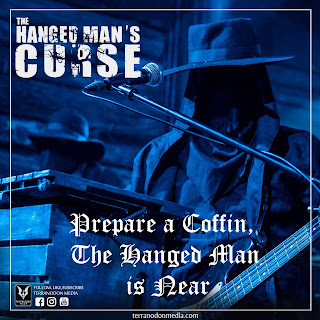 Posted by Terranodon Media at 1:21 PM

To all Vesperian fans, we are proud to announce that our new, ( as of yet untitled) album will finally be released next year. We realize that it has been quite sometime since something new has come from VS, but we do forward to working on creative ways to deliver music and content throughout 2022 and beyond.

We would also like to announce our new vocalist , Orlando Logan Olivero ( formerly of Against the Plagues). Olivero states, “ Vesperian Sorrow has existed during the early days of  the melodic black metal movement ( back in the mid to late 90s).  I’ve been privileged to know these guys for several decades”.

In addition, to this we are excited to once again play shows with our new lineup that also includes, John A.Catts and Gabe Rayes. We are currently in the studio developing a new album. We will be posting updates on our social media, of course.

Lastly, we are consistently getting personal messages from older fans and we are very appreciative for the support you have given over the years. We hope you enjoy this new incarnation of Vesperian Sorrow.

Vesperian Sorrow are currently signed with Black Lion records where two of their previous albums (Stormwinds of Ages and Regenesis Creation) were re-released.

Vesperian’s New Album will be released sometime in mid, 2022" 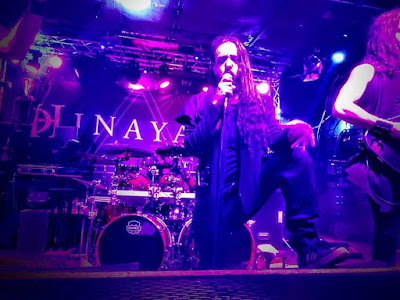 Posted by Terranodon Media at 3:00 AM

Texas-based, mysterious metal act, The Hanged Man's Curse, have released a demo previewing their upcoming album " The Wild Tameless Fury" . The band states that they will continue working on their full-length release in early 2021. No projected release date was released. 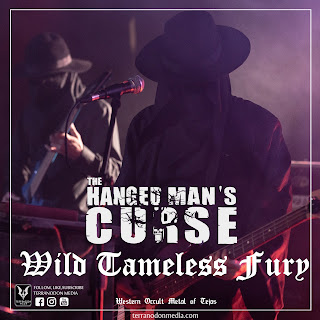 Posted by Terranodon Media at 6:11 PM

Mortiis to be joined by The Hanged Man's Curse in Austin, Texas on January 31st 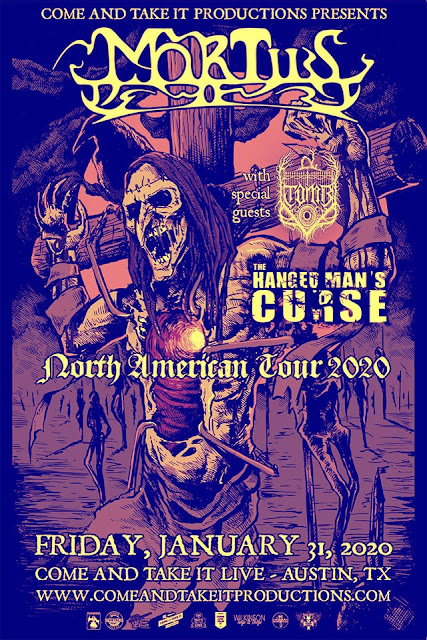 Terranodon's  The Hanged Man's Curse will be joining the legendary Mortiis in Austin along with Tomb and Dread Risks. This will occur on January 31st 2020 at Come at Take it Live
#thehangedmanscurse #Mortiis
Posted by Terranodon Media at 7:12 PM

The Hanged Man's Curse  will return to San Marcos, Texas on Halloween Night and will do a special performance at the Texas Gamer's Lounge -Other bands TBA. On this night of horror, Terranodon will be hosting a special event at an old school arcade, horror movies, bands, byob! 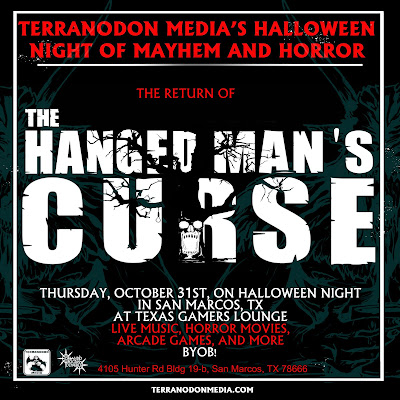 Posted by Terranodon Media at 1:54 PM