Orlando Logan " Plague Healer" Perez reveals new pic that may or may
not be included with new Against the Plagues album " The Quaternion". The Plague Healer appears wearing a cowl with the bands logo in the front. Check it out.   Here's the statement made by "Plague Healer "  recently on their facebook page.

My Fellow Brothers and Sisters of the Anti-Plague Movement! This is Plague Healer. We have had some semi-unexpected delays with with respects to "working-out" everything. But I am here to re-assure everyone that the material is finished. W

e want to get this out very soon and begin working on "other" things afterwards. Keep up the support. I've included a pic that may or may not make it to the final inlay of the album - but will help give you an idea of the album's visual and thematic aesthetic. So here is a recent photo of "The Plague Healer".


So it seems there is a delay for the new ATP album - I hope these guys can get it out soon! Can't wait to hear it! 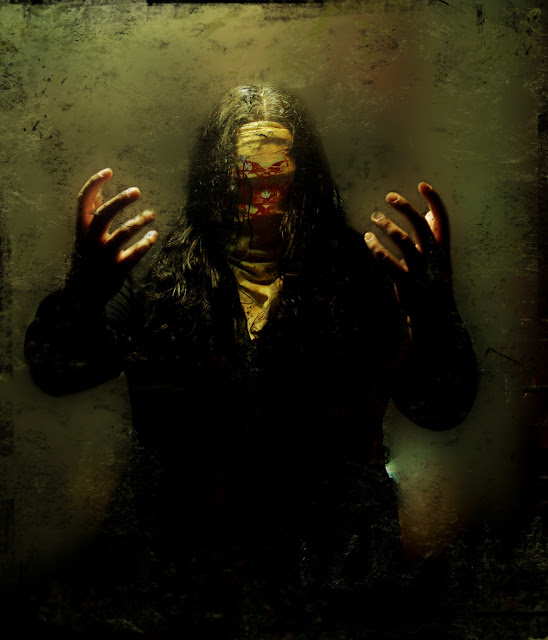 Posted by Terranodon Media at 7:07 PM